← back to
Moshi Moshi Music
Get fresh music recommendations delivered to your inbox every Friday.
We've updated our Terms of Use. You can review the changes here. 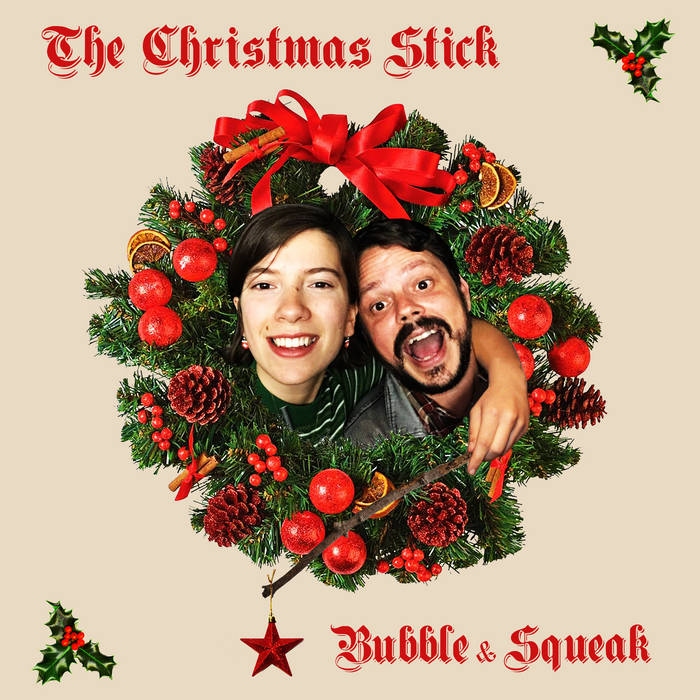 From Bing Crosby and David Bowie to John Denver and The Muppets, the Christmas duet has always been a joyous staple of every holiday season, and this year it’s time to add a new festive duet to the Christmas party playlist. Bubble & Squeak are Poppy from Girl Ray and Jof from The Boy Least Likely To, brought together underneath the mistletoe by a shared love of all things Christmas and tongue in cheek indie pop.


Sweet and impossibly romantic, with a little nod to Kurt Vile and Courtney Barnett and a cheeky wink to Nancy And Lee, the Christmas Stick is a misty eyed slacker pop masterpiece. It retells the story of a chance encounter on a lonely winter night between two strangers whose eyes meet across a bustling broadway before they’re both struck by a mysterious festive talisman and end up spending the rest of the holidays together and writing a Christmas love song all about it.


With sleigh bells and snowflakes and an omnichord twinkling away, it’s as hopelessly joyful as it is oddly melancholic. Kind of like Christmas itself. Poppy Hankin is the singer in seminal North London indie pop group Girl Ray, who released their own Christmas hit last year (I Wish I Were Giving You A Gift) This Christmas and whose debut album Earl Grey was released on Moshi Moshi to widespread critical acclaim. Jof Owen is the singer in The Boy Least Likely To, whose Greatest Hits album is released in November.


This is the fifteenth Christmas song he has recorded in his career. Both bands are readying new studio albums for next year, but for now this is Bubble & Squeak and The Christmas Stick, preparing to battle it out with Mariah Carey and the winner of X Factor for the Christmas number one with the most unexpectedly sublime Christmas duet since Fairytale Of New York.


It might just end up being the greatest story ever told.

You’ve been hit by the Christmas stick
You won’t know what it is until you’re hit by it
Ooh baby there’s no better place to fall in love
Than underneath the mistletoe
There’s magic in the air, tinsel everywhere
It looks like it’s beginning to snow

You’ve been hit by the Christmas stick
I hope we didn’t end up on the naughty list
Ooh baby we should really try and get some sleep
Santa must be almost here
Would you take a look at us, hopelessly in love
I’ve really pulled a cracker this year


Christmas Spirit’s coming all around
I heard you say